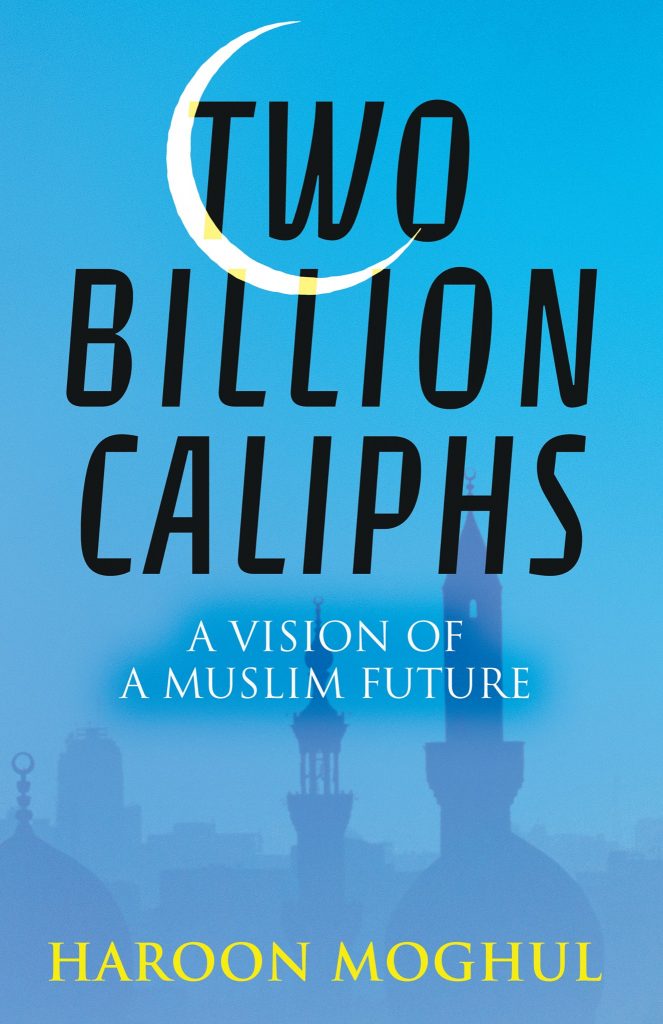 Two Billion Caliphs: A Vision of a Muslim Future

In Two Billion Caliphs, Haroon Moghul offers a uniquely Muslim perspective on what it means to be in the world. Drawing from his faith, he presents surprising, moving, and bracingly honest perspectives on the big questions many of us struggle with daily: Who am I? What am I doing here? What happens to me after I die? But Moghul does so much more than tell us what Muslims believe. He speaks to Islam’s possible tomorrows, aspiring to something much more audacious–and urgent.

The future of the world is inseparable from the future of its fastest-growing faith. But what kind of future should that be? Moghul wrestles with pluralism, secularism, and democracy. He wonders what his religion has to say about changing understandings of gender, sexuality, and identity. He considers the alleged incompatibility of science, reason, and theology. He even dusts off concepts like the Caliphate, asking what an immensely diverse global community badly traumatized by theocracy should do with it.

Two Billion Caliphs will inspire Muslims to revive the generosity and intimacy of their beliefs. But it is a call to all people–not just to face what comes next, but to be a part of shaping it, too.

This is a book that only Haroon Moghul could write. It is honest and hopeful, beautiful and painful, visionary and personal. It is at once a history of Islam and a guidebook to your soul. There are paragraphs so perfect, I read them aloud to family and friends.

—Eboo Patel, author of We Need to Build

In his stunning new Two Billion Caliphs, Haroon Moghul describes the Hagar of sacred text as representing ‘a kind of ambling Islam.’ In that same spirit, Moghul’s work ambles and careens across time, space, theology, and intimate self-discovery, to locate a new take on Islam. Moghul’s vision of a collective, personal, loving, and meaningful faith—born of his own frailty, curiosity, and longing—requires nothing less than the opening of a spiritual vein. What emerges is honest and transformational and desperately needed, in all of our conversations around religion.

In this touching, moving, and thought-provoking book, Haroon Moghul boldly proclaims, and elegantly articulates, the big paradigm shift desperately needed in Islamic thinking: Muslims should let go of the political ‘caliphate,’ with all its religious rigidity, fury, and oppressiveness. Instead, they should revive the original Quranic ‘caliphate’: the wisdom and moral agency within the heart of every human being. I cannot applaud him more.

—Mustafa Akyol, senior fellow on Islam and modernity at the Cato Institute, author of Reopening Muslim Minds: A Return to Reason, Freedom, and Tolerance